Get to Know the Team Behind the Workshops

We’ve had the honor of welcoming over 11,000 military-connected community members to the Veterans and the Arts Initiative since 2014! Get to know the staff behind the workshops that you will be attending! 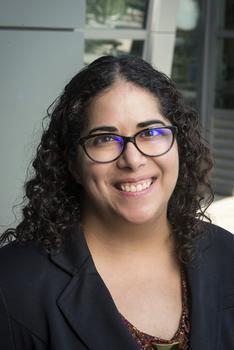 Dr. Niyati Dhokai, Program Director for the Veterans and the Arts Initiative

Niyati Dhokai is a Research Associate Professor in the College of Visual and Performing Arts at George Mason University, and she also serves as Program Director for the Veterans and the Arts Initiative at the Hylton Performing Arts Center. Dr. Dhokai serves as Faculty Fellow for Curricular Innovation in the College of Visual and Performing Arts. In recognition of her work, Dr. Dhokai is the 2018 recipient of the Change Maker of the Year award from the Virginia Department of Veterans Services and the 2018 recipient of George Mason University’s Jack Wood Award for Town Gown Relations in the faculty/staff category. Prior to joining the faculty at GMU, she worked with Veterans and Servicemembers recovering from injuries in post-acute neurorehabilitation in the Washington D.C. metro area by designing and facilitating music activities to support community integration. She has presented her work nationally and internationally and published in peer-reviewed journals. 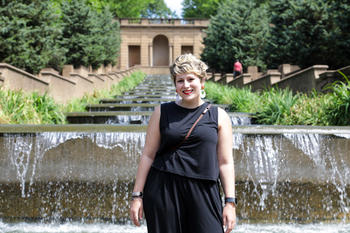 Emily Fasick is program assistant for the Veterans and the Arts Initiative. In addition to this role, she is an artist and educator, and she believes that the artmaking experience should be open and accessible to all. In addition to her work with the Initiative, she teaches workshops for battle jackets and the punk arts for local youth and LGBTQ+ community members in the D.C. area and beyond. Emily holds a BA in Historic Preservation from the University of Mary Washington and an MA in Art Education from Academy of Art University. 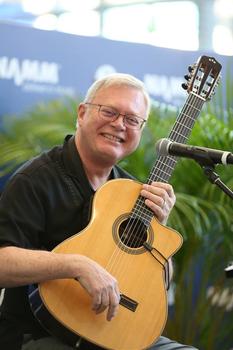 Glen McCarthy is the ukulele and guitar instructor for the award-winning Veterans and the Arts Initiative at the Hylton Performing Arts Center. He has been a guest clinician and adjudicator at festivals, conferences and workshops both nationally and internationally. He is the past chair of the NAfME Council for Guitar Education, the past chair of the ASTA Guitar-in-the-Schools Committee, the past chair of the All-Virginia Guitar Ensemble and presently executive director and clinician for Teaching Guitar Workshops. In 2014 from over 32,000 nominees the Grammy Foundation recognized Glen as one of the top ten music educators in the United States. 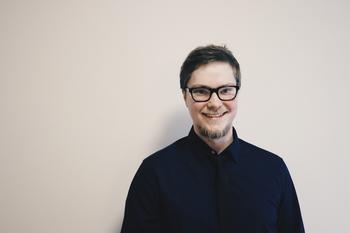 Thom Routon is a music instructor, songwriter, and multi-instrumentalist with the Veterans and the Arts Initiative. Graduating from George Mason University, Thom received a Bachelor of Arts Degree in Music with a concentration in Music Technology, with Double Minors in Business and Ethnomusicology. In addition to being a music instructor, Thom also enjoys applying his creativity as an audio engineer in studio recording and live sound reinforcement. He has been involved in music from a very young age and has over ten years of classical training in violin, as well as nearly a decade of proficiency in mandolin, guitar, piano and voice. Thom began writing original songs while in college, and has recorded, produced, and released his original music under the name Brother Kestrel since 2015. 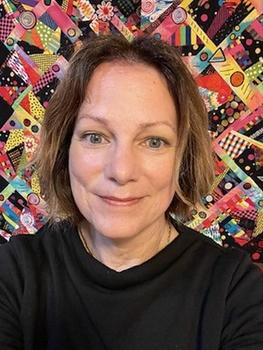 Ann Chen is an assistant for the Veterans and the Arts initiative and an adjunct professor of English Composition at George Mason University. She is a Navy Nurse Corps Veteran, an attorney, and a writer. She believes creative expression is an important part of sustaining curiosity and engaging with others throughout the lifespan. She is a past participant in Aspen Summer Words and the Community of Writers. She holds a JD from the College of William & Mary, an MFA in Creative Fiction from George Mason University, and a BSN from the University of Virginia. 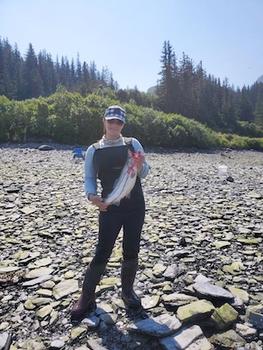 Yovonne Dawes is an assistant for the Veterans and the Arts Initiative. She is a military wife currently residing in the Virginia area. She holds a Bachelor's degree in Art, as well as an MFA in Fine Art. In her spare time, she enjoys "all things art" and is proud to be able to give back to her military community through the Veterans and the Arts Initiative.